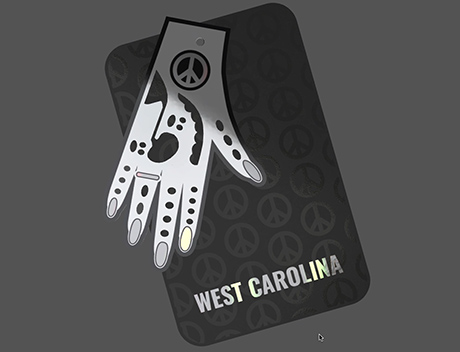 Avery Dennison is thrilled to share we won a Pewter Award in the Digital Printing Labels and Packaging category at the ‘Gold Ink Printing Awards. The winning graphic tag features our Foil Sense by ScodixTM and Sense by ScodixTM technology, which has been combined with soft touch and super matt varnish to create a very unique look and effect. The winning graphic tag was one of the core branding items Avery Dennison created for bold fashion label West Carolina designed by London fashion designer Ana Carolina. Ana was the runner-up in Mactac Europe’s Bright Young Things’ Take Hackney competition. Read more below.

The aspirations for West Carolina is to have a brand that illuminates the world through bold patterns and colour…. The opening night was a dream come true. To see all the work come together. I had a flashback of my journey. Everything I have been through to get to that point, the effort and allnighters were so worthy. The support of Avery Dennison and Mactac Europe was really amazing to make my vision come to life. 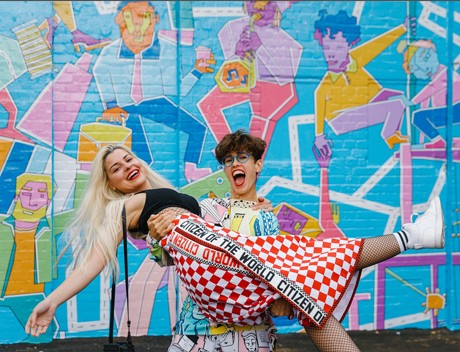 The competition held in partnership with Arts Thread culminated with a big reveal of the winning design by artist Linea Matei in October 2018. The same night, runner-up Ana Carolina hosted the launch party for her pop-up store, debuting the first collection for her brand “West Carolina”.

As a consequence of the competition, Ana was awarded a temporary retail space in Hackney to host her first pop up store. Originally only meant to last two weeks, after much success, the store is still open six months later.

The winning graphic tag was one of a few core branding items created by Avery Dennison for West Carolina. The designer Ana Carolina, was the runner-up in Mactac Europe's "Bright Young Things" Take Hackney competition. Read more about that below.